FREDERICK, Md. (March 3, 2022) – Today at approximately 1 a.m.., the Frederick County Sheriff’s Office (FCSO) lost one of its own when Deputy 1st Class (DFC) Kenny Olander lost his battle from complications of a recent illness.

“It is with profound sadness that I have to share this bad news with our Frederick County family,” said FCSO Sheriff Chuck Jenkins. “We have lost one of our own brothers as Kenny passed away peacefully this morning with his family by his side. Kenny has had a distinguished career with our agency and was a very dedicated professional who proudly wore our badge.”

DFC Kenny Olander, age 61, of Frederick, is a 32-year veteran of the FCSO. Deputy Olander joined the agency on July 30, 1990, and served in numerous capacities to include patrol operations deputy, the traffic unit, school resource officer, and most recently as the community deputy for Myersville, Maryland. He was long-time, certified Drug Recognition Expert (DRE) within the state and served as the lead DRE representative for the agency.

DFC Olander is survived by his wife Samantha, and three children, Bailey, Hugh, and Sophia.

The FCSO honorably transported Deputy Olander back to Frederick County earlier today from the University of Maryland Medical Center in Baltimore. The FCSO will release the date, time, and location for this funeral once the family finalizes the plan.

The FCSO asks that you please respect the privacy of the Olander family during this difficult time. 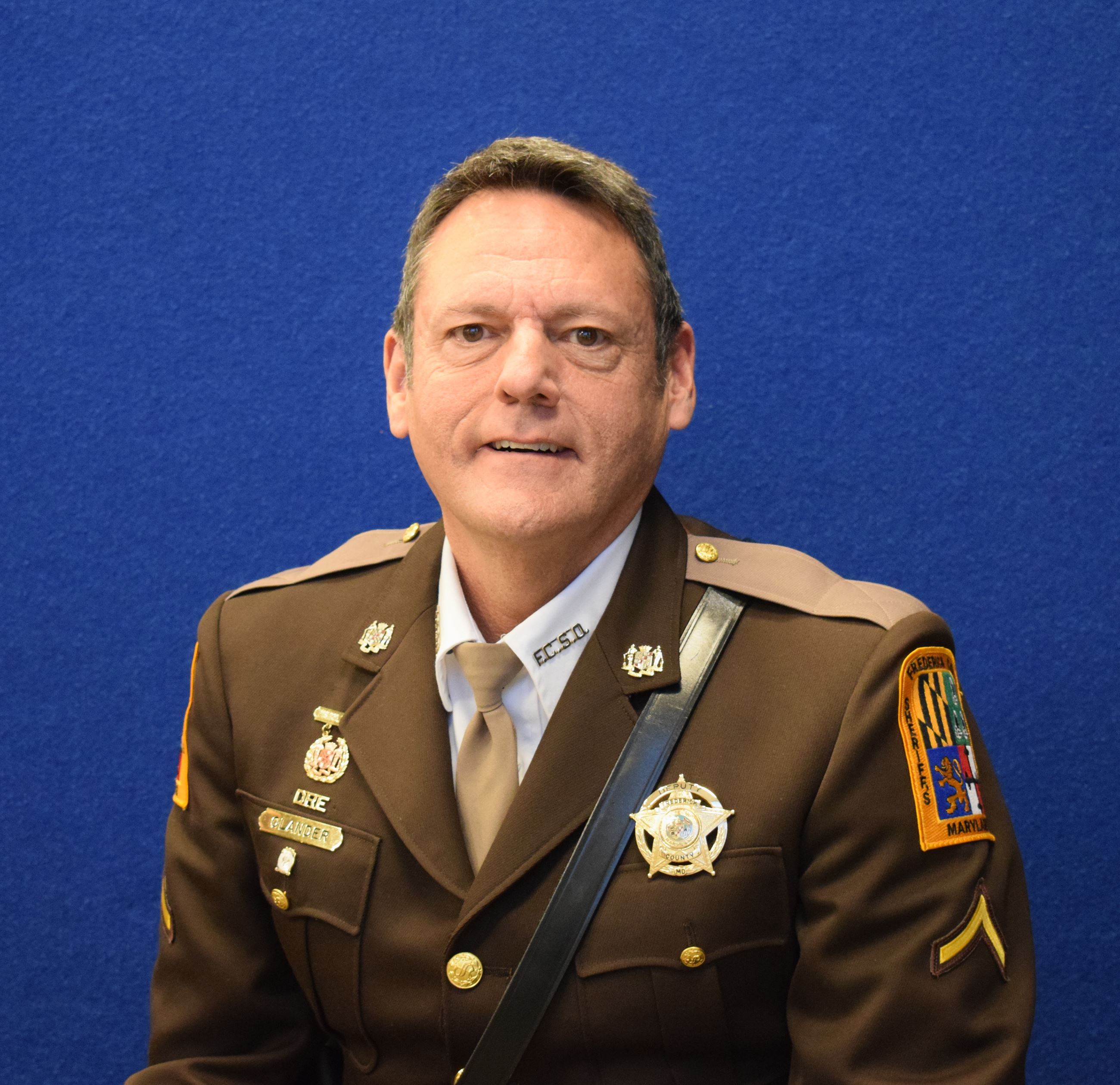 Messages of condolences to Deputy First Class Olander's wife Samantha, and their children, Bailey, Hugh, and Sophia can be made here.
The family is requesting assistance with purchasing newborn and infant diapers and baby wipes. Donated items may be dropped off at:
Frederick County Law Enforcement Center
110 Airport Drive East
in care of Sgt. Marc Linehan or Cpl. Amber Frantz
The Fraternal Order of Police will collect donations for the Olander family. Information is available here.

Details: Viewing, Mass, internment and the reception will all be open to the public.

Interment: Following Mass, interment will take place at Saint John's Cemetery, 216 East 4th Street. Those attending the funeral can walk from the service to this location.

Reception: A reception will take place from noon to 5 p.m. at the Myersville Fire Hall, 301 Main Street, Myersville.