The Frederick County Charter became fully effective and operational on December 1, 2014.  County staff had been anticipating this change since the Frederick County voters approved the Charter at the November 2012 election.  A Charter Transition Committee met frequently to plan for this change.

Revisions
In anticipation of the Charter coming into full effect, staff proposed revisions to the Frederick County Code (Part 1) that were approved. In reviewing the Code, numerous citations to obsolete laws were identified.  These have been replaced with current citations. The Code also contained references to former County agencies and job titles that no longer exist.  These were also updated.

The Office of County Commissioner no longer exists and has been replaced by a County Executive and seven County Council members.  In addition, the Charter establishes the position of a Chief Administrative Officer, whose duties are similar to the position of County Manager.  References to these positions have been updated in the Code revisions.

Where to Find Revisions
Revisions to the Frederick County Code may be found in the Document Center of this website under the section titled, "County Code."

For additional information, please contact the County Attorney's Office at 301-600-1030. 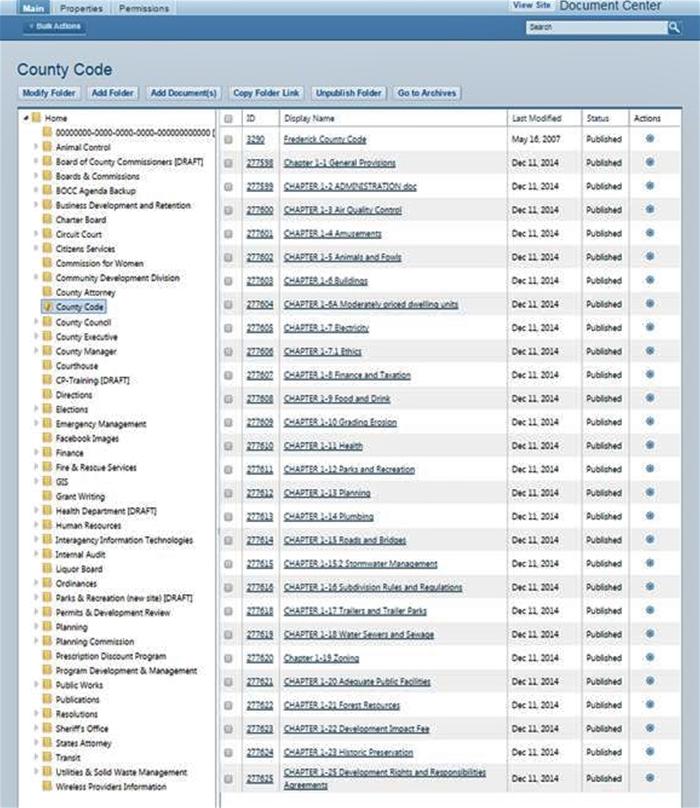