When we fail to provide the safe, stable, nurturing relationships children need, their exposure to extreme and sustained stress can interfere with healthy brain development and result in learning, behavioral, emotional, and physical problems.  Compromised brain development narrows life options.  We have a responsibility to create the healthy environments that allow children, and therefore our communities, to achieve long-term health and prosperity.

One in eight U.S. children--that’s 12.5%--will have a confirmed case of child sexual abuse, physical abuse, or neglect by their 18th birthdays, with 80% coming from neglect.  http://www.huffingtonpost.com/2014/06/03/us-children-emotional-physical-abuse_n_5440277.html

Sadly, those numbers are probably even higher, because most cases of child abuse are not reported.

Exposure to family violence (child abuse, intimate partner violence) can create a chronic stress response in children that may result in a 10% – 20% reduction in brain volume. Even genes can be affected. Early, effective intervention is essential.

We must be urgent about responding to neglect.  It is not “benign” and it strongly affects physical, cognitive, and social development.  Further, children exposed to one type of abuse are at high risk for exposure to other types of abuse, a condition known as Polyvictimization.

It is estimated that between 50-60% of child fatalities due to maltreatment are not recorded as such on death certificates. http://www.childhelp.org/pages/statistics

“Stranger Danger” does not describe the reality of the majority of child maltreatment victims. More than 90% of juvenile sexual abuse victims know their perpetrator in some way. http://www.childhelp.org/pages/statistics

The majority of those who are abused as children do not go on to become abusers themselves.  Unfortunately, though, about 30% of abused and neglected children will later abuse their own children, continuing the cycle of abuse. http://www.childhelp.org/pages/statistics 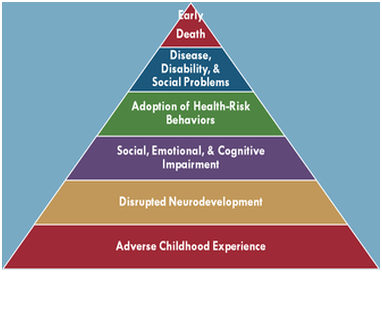